Home News Who Killed The Soul of Islamic Republic of Pakistan?
News

Benazir a Name to Remember:

It was the 27th of December 2007 when the 2 times prime minister Benazir Bhutto of Islamic Republic of Pakistan. Was speeching in front of a huge crowd in Rawalpindi’s Liaqat Bagh. When after the speech she was about to leave from there and suddenly two bullets have done something no one could imagine. She brave soul martyred in the home soil and billions of her followers were crying chanting anti-Pakistan Slogans.

There are some questions that never were answered by anyone on any forum. Who killed her? why killed her? How planned it? Who got the Benefit? Why Bibi’s security was not with her?. Why Her personal guard also killed after her death.

Note: Major General Nadeem Taj who was Dg MI at that time. He met her at Zardari House where he told bibi that her life is in serious danger.

Benazir Bhutto was threatened by many intelligence agencies and some higher authorities that she should not come back. According to a phone call received by Bibi Shaheed Pervez Musharaf the Ex COAS, Ex-President and also the founder of his political party(All Pakistan Muslim League). He the Ex-President of Pakistan openly said that she should not come back because of there some forces who can knock out her. Mr. Pervez Musharaf told her that he will not be responsible for any mishap happens with her in her political regime.

Yes, that was big news the most powerful person of the land is saying all that. It was a warning or he wants to save her. This is what never been sort out what was that from the dictator. The main witness, in this case, was Mark Siegel who bluntly said that it was Musharaf who threatened her friend Bibi Shaheed.

Who is Mark Seigel and What was his Relation with Benazir Bhutto?

The old friend of Benazir Bhutto at Harvard University suddenly came out after 4 years and told the media about some remarkably unbelievable things that Benazir Bhutto told him.

Seigel was also told that his life is at risk in Pakistan so he will not stay here more. Things were quite obvious when we just read the name he suggested in the list of suspects.

Benazir bluntly after the attack of 17 Oct in Karachi in his rally when she came back told the media in a press conference. “If anything happens to me or my party leaders then Ijaz Shah(now the interior minister) will be the accountable person about all this”.  General Hamid Gul was also the suspect, in fact, the founder of IJI. But it was nothing but a time waste attempt.

The 16 years old teenager who suicided himself in bibi shaheeds Jalsa. How terrible it would be that a young soul used like this. His DNA samples took the agencies towards some more suspects which are shown down below.

Extremism was the biggest issue for Pakistan in the last 15,20 years our whole nation suffered badly through it.

Scotland Yard Report and Why It is not available in Pakistan?

The Uk’s police agency Scotland yard was hired to investigate the high profile case. But it was nothing to deal with all this because the crime scene was washed and also the postmortem of the body was not done. Interesting things are that you cannot access the finds of the case on the Scotland Yard website if you access them fro Pakistan. According to that report, there were 2 bullets one shot with a pistol and there are chances that a sniper was also placed in some near building. 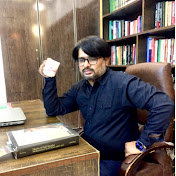 According to Senior Columnist and analyst Mr. Bilal Gahuri There were chances that the Taliban, Al. Qaeda or some rebel persons in establishment jointly held that operation against bibi.

What was Operation Trojan Horse?

We all remember that movie of Superstar Brad Pit “Troy” in which they showed a Trojan Horse how they deal with the invaders. The same was done in the Muhtarma Shaheed’s case where the Powerful constituency of Pakistan tried to manipulate and sort the case. Also Read, Car Insurance What You Need to Focus

Was Asif Ali Zardari Behind All this?

Shutup! yes, that was the first word which was addressed by Mr. Zardari to the anchor of BBC in an interview. Asif said that she was the mother of her three children. He was quite emotional at that time but Bilawal Bhutto her son in an interview told that. He was sure that Musharaf knew every bit of it what has happened with my mother.

Who Got the Benefit of her Murder?

If not Zardari who else?. We should know that Zardari was clear in the interrogation stage. The Big question was that who will replace her?. Nawaz Sharif and Benazir Bhutto signed an agreement of democracy that they will help each other in difficult situations 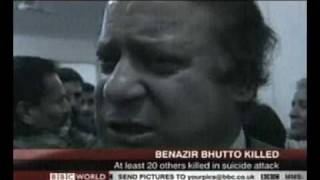 So, if we just think about it and focus who developed at as a leader after Benazir’s death none other then Imran Khan and his party PTI(Pakistan Tahreek e Insaf). Our Establishment chooses a new person and party to develop against Pakistan Muslim League Noon.

We Hope someday someone will come out and speak up who did this with 2 Times Prime Minister. Because it’s about your guilt and anxiety there is no justice in Pakistan. We as a nation always put our hero’s behind bars because our hero’s according to us are treasoners.

Hope one day we as a nation will rise and shine and respect our leaders and own their dignity.

M. Noor Ul Hasanhttp://www.risepakistani.com
Trying to sort what is necessary? what is manageable? what is usual? things that do not matter may do matter someday. Wait for your moment one day your moment will own you.

What is Happening? Now King of Romance Rishi is with Irfan

King of Romance Rishi Kapoor is now With Irfan Khan It is really something unreal happening now Yesterday you hear about Irfan. The demise of...
Read more
- Advertisment -

Is Babar Azam Getting Married?| The Pakistani Star Captain The King

Is Babar Azam Getting Married? In a recent Instagram Interaction with Shoiab Malik Babar Revealed that "He still got one year left till he can...
Read more

Social Norms and Disgrace of Humanity| The Unethical Pakistan

Social Norms and Disgrace of Humanity We as a nation can't stand side by side to our people and that's in our genes, to be...
Read more

Saba Qamar in a New Hot Look Fans are going crazy after her monologue on youtube. Saba Qamar has now decided to roll the virtual...
Read more
Load more

Huawei 8 everything for everyone, what you need to have

Why Huawei 8? Huawei 8 is an absolutely adorable machine by Huawei they really done a great job related to this iconic thing. The machine...
Read more

Rise Pakistani is a site with full of original content on daily basis.We know what is happening around the world. We will give you 24/7 and 365 days update.